Support Us
Kosovo, Facebook and the Tyranny of Non-Choice - The LAMP 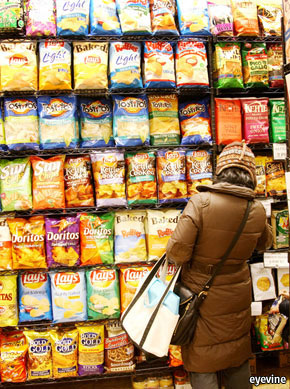 It may seem like we have plenty to choose from, but predetermined options don’t offer much choice at all. (Photo: eyevine.com)

As I was going through my morning emails today, one quote within an article in the New York Times from Hashim Thaci, Prime Minister of Kosovo, caught my attention. “As a prime minister of Kosovo, I found it difficult to accept that I have to declare myself as being from Serbia,” he said. “Being listed by Facebook was like being recognized by a global economic superpower. It has enormous impact.”

It turns out that prior to last month, Kosovars with profiles on Facebook couldn’t list Kosovo as their country, because it wasn’t an option. The battle to have Kosovo listed as a nation on Facebook, and its subsequent victory, should serve as a stark reminder of the power wielded by online gatekeepers and design structures. Just as the tyranny of choice can leave us paralyzed, the lack of suitable choices to begin with also makes us stuck. When you cannot claim a core part of your identity, you’re forced to either lie or abstain entirely from becoming part of a particular community. We answer questions about our age, gender and hometown s simply because they’re asked – and sometimes because an answer is required – but imagine for a second that they weren’t. How would that change the community? When you don’t fit neatly into a label from a dropdown menu, it can limit your identity expression or even mislead others online about who you really are. It can hinder your ability to advance causes and ideas, even in a medium where openness, free speech and transparency are defended and widely valued.

Looking at these infrastructures and recognizing the limitations they pose is critical for every digital citizen, young and adult. We must understand that the same networks we use to communicate are themselves built around a set of values, and thus have the power to change our message and its perception. This might seem like a big idea to teach young people, but that’s exactly why it’s so important to at least make the attempt. When we don’t look at a spectrum of how tools are used, chances are good that those tools are using us. We only think we’re in control.

The totally obvious GIF we took way too long to make

The totally obvious GIF we took way too long to make